Whitley Warriors triumphed 9-5 in their first derby game of their 2021-22 campaign on Sunday evening to make amends for their 4-2 NIHL Moralee Cup defeat to Solway Sharks on Saturday.

Shortly after the first period got underway, Solway handed Whitley a power play as defenceman Liam Stenton was penalised for tripping on 4:07. Unable to strike the target, Whitley were soon on the wrong end of a second tripping call, this time Warrior Adam Wood at fault to award the Sharks a power play on 8:13. After Whitley successfully killed this penalty, Solway’s forward Richard Bentham was sidelined for slashing to present the Warriors with a second opportunity to get ahead in the contest and they did just that, Adam Finlinson beating Sharks’ netminder Jordan McLaughlin to make it 1-0 assisted by fellow forwards Jordan Barnes and Robert Farmer on 13:57. However, with both teams battling for the puck, it was only a matter of time before the penalty box called again and this time Barnes’ hooking penalty on 16:04 provided Solway with the power play they needed to draw level, forward Scott Henderson on target courtesy of defencemen Stuart Kerr and Stenton on 17:06. Forty six seconds later, Finlinson tripped his opponent to again reduce Whitley to four skaters but David Longstaff’s men were effective on the penalty kill to head in at the break on level terms with the Sharks.

On returning for the second period, Whitley hoped to recover their lead but it proved to be a difficult task as versatile Warrior Kyle Ross was dealt an interference penalty twenty five seconds before teammate Craig Johnson joined him for holding sticks to leave the Warriors with three skaters just over five minutes in. Quashing the Sharks’ efforts on the power play, Whitley fought for momentum and edged ahead of Solway on 33:44 as defenceman Harry Harley netted courtesy of Canadian Phil Edgar and forward Callum Watson. The Warriors were awarded a power play shortly after when defenceman Kerr was punished for tripping and, though calling a timeout to discuss how best to proceed, Whitley were unable to capitalise and soon went shorthanded again when defenceman Matty McDonald was sidelined for tripping only to be joined by Barnes five seconds before the interval. Matters were then made worse for the visitors when Farmer picked up a minor roughing penalty after an exchange with Bentham whilst Kippin continued to remonstrate with officials to receive a two-minute penalty for abuse at the very end of the period.

Though going into the third period with a power play, the Sharks lost Captain Struan Tonnar to the sin bin thirty five seconds in for abuse but it was clear that the Warriors still had a storm to weather as, shortly after serving a bench penalty for too many men on 43:40, Finlinson was punished for his second tripping offence of the evening. Try as they might, Solway could not beat starting shot stopper Bowater and a crosschecking penalty for Henderson just past the midpoint of the period gave Whitley little reprieve as Watson was sinbinned just over a minute later. A delayed penalty against Johnson for interference then saw the visitors run into further trouble as forward Iain Bowie printed his name onto the scoresheet to make it 2-2 on 52:21. Spurred on by this equaliser, the Sharks snatched the lead for the first time in the game just over four minutes later when new signing Callum Boyd hit the target, Bowie turning assist alongside Kerr. Throwing everything into the final minute in an effort to take the game to overtime, the Warriors pulled netminder Bowater in favour of the additional skater but Tonnar gained possession to put the game out of Whitley’s reach, making it 4-2 with twenty two seconds remaining.

Returning from Dumfries to face local rivals Billingham Stars on home ice, Whitley Warriors had a very similar line-up to that which played against Solway on Saturday with the addition of forward Ross Douglass. Meanwhile, the Stars had eighteen skaters at their disposal further to netminders Thomas Brown and Jacob Hammond, the side missing only defenceman Matthew Campbell and shot stopper Ryan Wardell.

Making a strong start to their first home game in eighteen months, the Warriors opened with quick play, forward Callum Watson amongst those creating an early chance for his team, weaving at speed through Billingham’s defence only for Brown to make the save. It was therefore little surprise when Whitley took the lead on 1:32 through Watson who tipped the puck into the net following a snappy blue line shot from defenceman Craig Johnson. With Whitley focused on extending their lead to 2-0, the Stars were forced to endure an onslaught which culminated in left winger Robert Farmer skating around Brown’s net to set up skilful forward Adam Finlinson on 2:51, Alternate Captain Jordan Barnes assisting. A tripping penalty for Billingham’s defenceman Tommy Spraggon then resulted in blue liner Harry Harley gaining possession to fire home from the right offensive faceoff circle on the power play just nine seconds later to make it 3-0 on 8:46. Though continuing to dominate, the Warriors found themselves reduced to four men when stand-in Captain Shaun Kippin was sidelined for interference but some rapid play saw Harley break away to net his second of the game whilst Whitley were shorthanded on 13:03. The Stars hit back just over a minute later when Captain Michael Elder slotted the puck beneath netminder Dean Bowater to give his side a foothold in the game. Responding, versatile Warrior Adam Wood struck the puck at Brown, Farmer sought opportunities to play in his teammates and defenceman Steven Chalmers fired in shots from the blue line in an effort to pile the pressure onto Billingham. Eventually, this offensive work took its toll and blue liner Kyle Ross reaped the rewards of his persistence, tapping home Watson’s saved backhand effort to give Whitley a 5-1 lead going into the second period.

Attempting to pick up from where they left off in the middle stanza, the Warriors were handed a power play on 23:26 when Player-Coach Michael Bowman was penalised for slashing and, whilst initially unable to capitalise, David Longstaff’s side were awarded a second opportunity twelve seconds before Bowman’s penalty was terminated when Stars’ Alternate Captain James Moss was made to serve two minutes for a high sticks offence against Wood. In the aftermath, Edgar found Harley whose initial blue line shot hit the metalwork but Farmer pounced to ensure the puck found its way past Brown on 25:40. The score line 6-1, Billingham needed a way back into the game and it arrived less than two minutes later in the form of a power play; a tripping penalty for Warriors’ defenceman Matty McDonald resulted in forward Jack Emerson firing on net, his shot bouncing off Bowater’s shoulder to beat Whitley’s defence, Alex Preston and Chris Sykes assisting on 29:19. Whitley’s defenceman Dylan Hehir then lost the puck to Sykes after tussling with him for possession on the boards and the Star placed the puck into Bowater’s net on the backhand to reduce his team’s deficit to three goals. A hooking penalty for forward Shaun Galloway followed but, unable to make the most of this, the Warriors lost forward Callum Queenan eleven seconds before the Stars’ penalty was served, meaning Billingham gained the advantage on Galloway’s return. The Teesside outfit did not waste the chance to go within two goals of their rivals as Elder won the puck to find defenceman James Hellens skating unchallenged into the centre of Whitley’s defensive zone and the 20-year-old zipped a shot beyond Bowater for 6-4. Having lost intensity in this period, the Warriors were pleased when the chance arose to widen the gap between themselves and the Stars as Galloway was made to take a seat in the sin bin following a check to the head on 38:01. Just five seconds later, Harley struck from the centre of the blue line to achieve his hat trick, Edgar and Watson assisting to send their team in with a 7-4 lead.

After mixed fortunes in the middle section of the game, the Warriors made the best possible start to the final period with an extremely well-worked goal on 43:46, Edgar skating along the blue line and spinning to surpass Billingham’s defence before playing the puck to Harley who returned a pass to see the Canadian beat Brown glove side. Billingham responded less than two minutes later when defenceman Ben Davison received the puck from Moss to execute a slap shot, making it 8-5 on 45:05. With tempers simmering, Wood was made to sit out for elbowing on 50:25 but the Warriors successfully killed this penalty to receive a power play of their own less than three minutes later when defenceman Lennon Thomas was sinbinned for kneeing. This presented Whitley with the chance to wrap up the scoring as Farmer played the puck to Chalmers who unleashed a long range shot beyond Brown on 54:34. Taking back control of the game in the third, the Warriors tried to make the most of the additional skater again when Moss made way for interference in the final three minutes of the contest but Billingham’s netminder Brown put in an impressive performance to absorb this pressure, leaving Whitley with a 9-5 win when the final buzzer sounded. 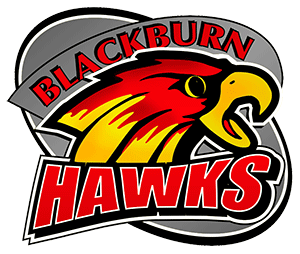