Whitley Warriors were in action late on Sunday evening in Nottingham as their NIHL North Division 1 game against the Lions which was due to face off at 7.30pm got delayed slightly. The late face off saw Warriors squad a little light on bodies though Player/Coach David Longstaff was still able to name a competitive line up for his sides trek south.

Once the action got underway Warriors were enjoying more of the play and Whitley held a 2-0 advantage after 20 minutes of action. Warriors goals coming from skipper Dean Holland and forward Ben Richards. Whitley out shot their hosts by 13 shots to 8 during the 1st period.

Warriors continued to have the better of the game and added a further goal to their account in the middle period of play when Ben Richards was able to grab his 2nd goal of the game with an evenhanded strike. Both teams had powerplay opportunities in the 2nd stanza however Warriors and Lions penalty killing units were able to prevent the opposition from finding the back of the net.

Whitley added a further 2 goals in the 3rd period of play with DJ Good finding the back of the net and Ben Richards firing home which saw him claim a hatrick at the National Ice Centre, a feat not that many players have achieved. It is worth noting that youngster Jamie Ord picked up an assist on the DJ Good which will be a boost for the teenage forward as he makes his way in the senior game.

Warriors netminder Mark Turnbull achieved a shut out in the match up as the youngster was able to save all 22 shots that came his way in the match up. Turnbull was just edged out for the Man of the Match award by hatrick hero Ben Richards for his clinical display in front of goal.

Warriors are in action on just 1 occasion again next weekend when Whitley face the Telford Tigers on home ice on Sunday evening at Hillheads. With Telford battling it out for the title and Warriors looking to accumulate their best possible points tally ahead of the post season this match up should be one not to miss. 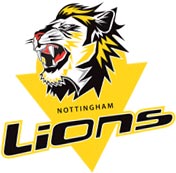